Key Features at a glance…

The Planet Power 8RD is the most modern single axle towable welfare unit on the market. Its eco specification and internal features are designed, installed by and are exclusive to Welfare Unit Hire Ltd.

A main feature of the 8RD is the retractable towing gear which means that although it is much larger internally than a Boss Comfort Space, Groundhog 360 Armadillo or Easy Cabin, the 8RD occupies a much smaller footprint. Having the advantage of nothing protruding at the front makes it ideal for areas where the public may be involved, for example, traffic junctions, canal banks, parks and open spaces.

The battery bank, in turn, is charged in any light level by our own “Planet Power Technology” roof mounted solar panels and is boosted rapidly each time the generator is started even if it is only run for a short period. Another key feature of the RD8 that makes it stand out from the competition is the over-ride button which stops the generator from starting automatically when used by night-time security personnel in residential areas. All doors are also fitted with hydraulic “soft close” door closers. 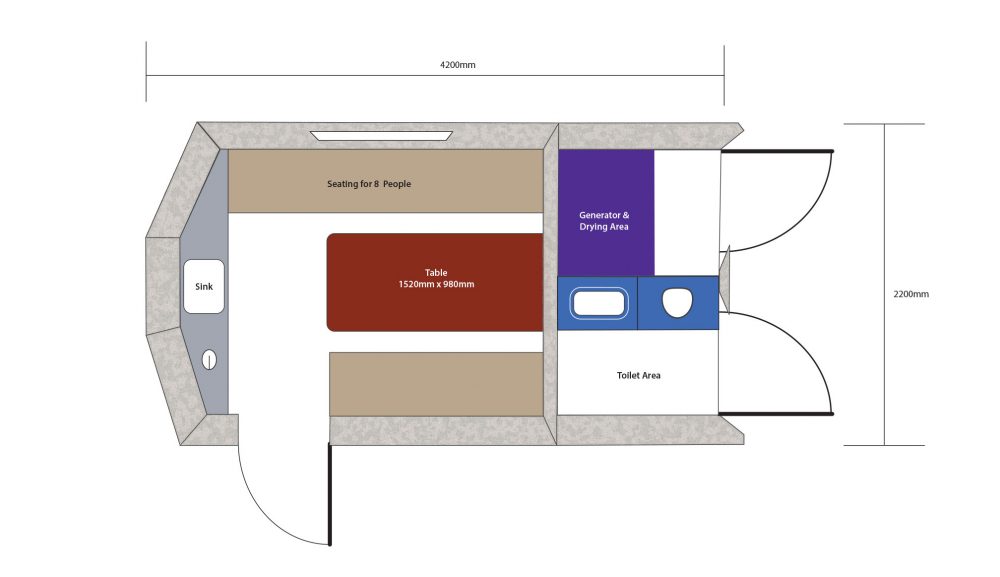